Hello again! Long time, no post because I’m a busy (albeit lazy) bee, so much so that I’m only just now writing a review for a book I read a month ago! I hate doing this, but I am happy to say that I remembered way more of my original thoughts than I expected to, so go me! With that in mind, this review may be a bit shorter and less put together than some of my others, but it is still an accurate reflection of my opinions. In short, sorry I stink at the whole “schedule” thing (being on top of everything? Don’t know her.) Without further ado, let’s review.

I am not sure if I’ve said it before, but Marie Lu has written some of my absolute favorite books and all of my favorite finales (*cough The Midnight Star cough*). Needless to say, I had some pretty high expectations for Wildcard. While Warcross was far from my favorite book or favorite book by Lu, I still thoroughly enjoyed it and couldn’t wait to see what happened in the sequel/finale. I’m happy to report that it met my expectations. But that’s about it. I really did like it, and there were even parts that I loved, but I wasn’t blown away. It is still very much a satisfying Marie Lu ending, which I have to give it credit for because I tend to be very critical of series finales. Anyway, let’s get into the nitty-gritty.

Minor spoilers for Warcross below, but nothing major from Wildcard.

I’ll be honest and say that I definitely could’ve done a better job of remembering the events and characters from Warcross before jumping into Wildcard. Some of it is definitely due to the fact that there was a whole year between when I read the two (I’m confident of this because I read them both while on my winter training trip), and I think my reading of Wildcard suffered a bit for it. I will admit that some of it is because I’m not sure that I really enjoyed Warcross as much as I thought it did. I know you obviously forget things over the course of a year, but I also know that I can remember vivid details from my favorite books that I read several years ago, which means it might have been more “meh” than I thought it was. Anyway, I spent a lot of the beginning trying to remember where Warcross left off and who was who and who did what. After a few chapters and a quick google search, I caught myself up. It just kind of sucked that I didn’t remember as much as I thought I did and had to spend so much energy and focus reminding myself what happened.

I think some people were a little disappointed by the fact that we kind of stepped out of the virtual world of Warcross and into the real world of Warcross. I can totally understand that, because some of my favorite scenes in the first book were the battle scenes, but I think was more important for Lu to focus on the real world. The main drama in Wildcard is centered on the real-world implications of technology and the virtual world, something that I think is really essential to good sci-fi. The digital world doesn’t exist in a void; we may lose ourselves in digital worlds, but we also have to recognize that there is more to life than that, even in worlds that are centered on the virtual. Technology and its advancements have issues and consequences, and I think it’s important to acknowledge that, especially in near-future works like this. It also allows for a broader moral lesson that is very “with great power comes great responsibility”-esque, which is common but only because it’s relevant. I wish more sci-fi books took the time to distance themselves from virtual the way Lu does here.

In this same vein, I think the fact that Lu does venture more into the real world was essential to Wildcard’s status as a sequel. It allowed for the stakes to be raised in a way that really couldn’t be done by sticking with the virtual, which is really the point of a sequel. If I have to sacrifice cool Warcross game scenes in order to further the story, so be it. And I think that minimizing actual game sequences early on made the final one all the more exciting, and isn’t that really what we want, for the final, pivotal moment to be amazing, the type of thing we wait the whole story for? The final digital battle was exciting and impactful specifically because we had to wait so long for it, so it felt more special. It was what I craved the whole book, and it did a wonderful job of making it worth the wait; I was on the edge of my seat the whole time.

I will forever credit Lu with writing really genuinely fascinating characters. Emika is a wonderful protagonist, and I thought she really came into her own self in Wildcard. I remember feeling a little frustrated with her at times in Warcross, but she was really amazing in Wildcard. I loved her growth over the course of the duology, and I’m sad we only get two books with her.

Speaking of characters, the Phoenix Riders are really the true MVPs of this series. They’re exactly the kind of squad I love in books: funny, supportive, diverse, and just wonderful. I’d read a whole other series just about their rise to the top and other adventures, Six of Crows-style. I loved that we got to learn more about them and their past in this one, especially Tremaine and Roshan.

The last thing I’m going to talk about it is how Lu always manages to create a romance I’m actually invested in, and that’s hard to do. I’m typically very critical or just straight up ambivalent about love stories and interests and all that blah stuff, so the fact that this is the third series she has written where I am actively rooting for the couple to get together is pretty amazing. She’s really the only author I’ve read who consistently gets it right in my book. I was so disappointed at the end of Warcross when Emmie and Hideo had their falling out, so every time Emmie mentioned him in this book, I paid a little more attention. I think that despite the fact they started off a little too insta-lovey for my taste, their relationship grew really organically throughout both Warcross and Wildcard, and early on I knew I was going to support them. Again, this is really bizarre for me as someone who cares about like 5% of the relationships in books, so, really, mad props to Marie Lu.

Wildcard is really the kind of conclusion to a series that I think more authors should take note of. Lu isn’t afraid to leave a couple things undone or to only say enough to imply what happens, and I love it. So while Wildcard maybe could’ve used a few more action scenes, I’m still happy it went the route it did, and I think it’s better for it. Near-future stories can be hard to pull off or finish, but Lu really nails it in my opinion.

What do you think of Warcross and Wildcard? What series has your favorite finale? Do you think raising the stakes is the most important part of a sequel? 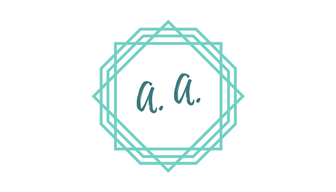 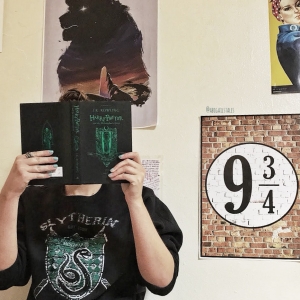