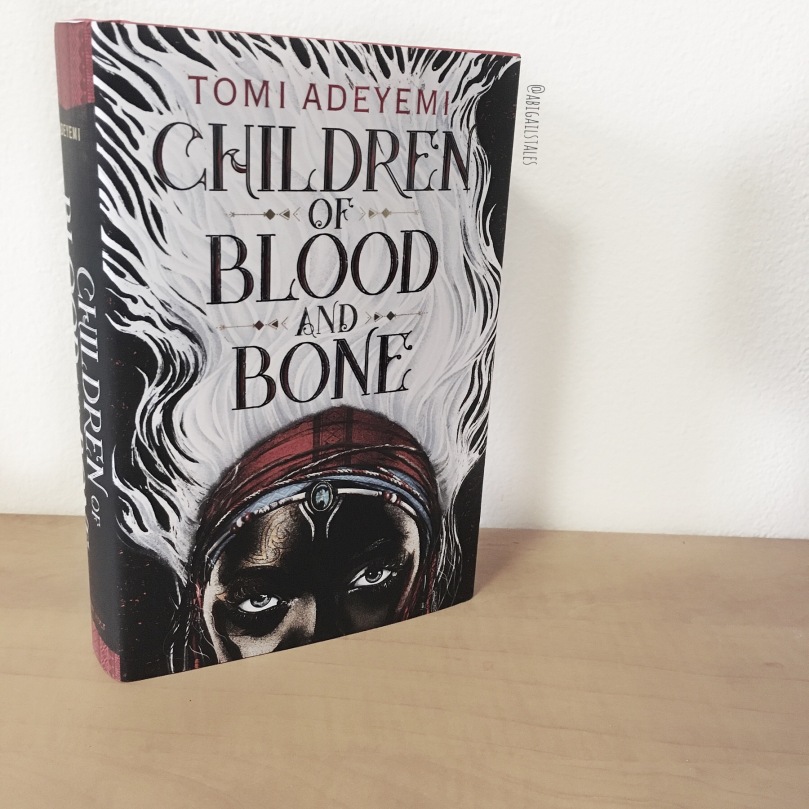 When I finished this book a few days ago, I thought I just liked it. Then I spent the entire next day thinking about it and analyzing what I liked and didn’t like about, which led me to realize that I really did love it. That being said, I saw A LOT of hype leading up to it. A bunch of people on bookstagram were saying it was their new favorite book, so I was wholly expecting to be absolutely blown away by it. And I’ll be honest: I wasn’t. Don’t get me wrong, I loved it, but I didn’t fall in love with it the way so many others have seemed to. The most telling aspect of this was that I managed to put the book down for a full 48 hours right at the climax, and it wasn’t a matter of me not having time to read. For me, that’s a distinguishing factor between a four-star and a five-star read. If I can’t put the book down or it pains me to, I know it’s going to be good. If I can walk away from it, no matter how much I love it, I can’t give a book five stars.

All in all, did I think this was a wonderfully intricate, well-planned story that I loved in the end? 100%. Do I think it’s also incredibly important and diverse with an immensely powerful author’s note? Absolutely. Am I going to recommend this book to pretty much all my friends? Heck yeah I am. Will I buy the sequel as soon as it comes out? For sure. I did, however, have some issues with it, mostly because of Inan (more on that later).

To begin, the world building is really phenomenal. Orïsha’s parallels to the real world aren’t by any means subtle, but they don’t necessarily define the world of the story; it is its own unique place. The magic system was among my favorites, as it was obviously very well thought-out and integrated into the story itself. Rather than opening with exposition for the system, Adeyemi peppered it throughout the book, but never so much that I was overly confused about how it worked and its details.

Zélie is an outstanding protagonist, and I was wholeheartedly invested in her quest and character. I thought she was tremendously well-written, the kind of well-rounded, truly flawed character that, thankfully, seems to be increasingly common in YA fiction. I think her depth, adversity, and perseverance really defined the story.

Amari’s chapters were definitely my favorite. I love how we got to see her develop as a character and a person and really grow into her role in the story. Again, we are given a flawed, yet relatable character who exists in an Orïsha that is clearly the same but is all too different from Zélie’s. It adds to the contrast and perception the reader gets of the world. Amari’s friendship with Zélie may have been my favorite aspect of the whole novel, as we get to see both of them grow and learn from the other and create a female-female bond that I wish we saw a bit more of in YA books.

Now for Inan. I think Inan was the main reason I couldn’t give this book five stars. I’m about to go into a rather in-depth analysis of why I disliked Inan’s character and why it hurt my opinion of the book with some minor spoilers, so don’t read on unless you’re prepared for that!

As first, I was really excited for the antagonist to have his own perspective in the book. I thought it would give a lot of insight into the reasons he was fighting Zélie’s goals. And for a while, we do. And then he just flips. In an instant, Inan throws away years of being taught that the maji are evil and out to kill. I understand the idea behind it, of wanting to show that people’s minds can change once they see the pain in others, but it doesn’t happen instantaneously – it’s just not believable. Amari’s change of opinion is a much more candid version of how people change. We see that she has history with a diviner, and so when she suddenly switches sides by taking the scroll and helping Zélie, we know why. For years, her friendship with Binta had been chipping away at what she had been taught about magic. Inan just sees Zélie’s past and boom – suddenly he’s on her side and in love with her to boot. Not only was it insta-love, but he was fickle with his loyalties that it was frustrating at best. Perhaps it was a way to demonstrate how impressionable of a character he was, to show how Saran had essentially brainwashed him only for him to be swayed again by Zélie, but it doesn’t make him a more interesting character.

What’s more is how ridiculously flat of a character Inan is (I define a flat character as I was taught in my English class last semester: a character who’s whole character and role in the story can be defined by a single goal). There is nothing inherently wrong with having a flat character. In fact, they’re an essential part of any book, especially quest narratives (eg Harry Potter: defeat Voldemort; Lord of the Rings: destroy the ring, etc.). Inan’s whole being at the beginning is: stop magic. Then it’s: save Zélie. Then: stop magic, but save Zélie. While his goals shift, Inan’s character doesn’t. He becomes set on a goal and that’s all there is to him as a person. It also made his chapters really boring. Oh, he wants to kill Zélie? Yeah, we know, he told us four times in the last chapter. They just got so unendingly repetitive that I couldn’t wait to get it over with and move on to Zélie or Amari. Maybe by the end, Inan’s goals become more complicated as he becomes more morally gray and makes some (more) poor choices, but it doesn’t change the fact that these goals and only these goals define him. It becomes especially prominent if we contrast him with Zélie. Her goal is the opposite: save magic. Sure, she may be defined by a singular goal, but she faces more severe obstacles along the way to get there, a significant number of them personal and moral. When she witnesses particularly damaging magic, she questions if she’s doing the right thing. For me, that’s the right kind of goal-oriented character.

Finally, I thought Inan was a really terrible love interest for Zélie. Not just because of the insta-love, which I occasionally can get behind, but also because he was just such an uninteresting character. I like my love interests to be just as complex as my protagonists, which I think a lot of people can agree with. And Inan just fell flat. Don’t get me wrong, I LOVE a good enemies-to-lovers trope, but I love them because I enjoy reading how they get to that point, how they impact one another. We never get that from Inan. We definitely see it in Zélie, though. We get to read how her opinions on Inan oscillate between hate and attraction and see how she fights herself over her attraction to him. She has qualms about it before finally coming to realize he’s not his father and accepts him. With Inan, it’s just, “I love her now, so let me just conveniently forget every issue I’ve ever had with her and magic.” Sorry Inan, I don’t buy it. By ignoring everything he’s been taught, we are denied potential problems that could develop between the two. They have different worldviews and goals; that much is clear from the get-go. They could’ve easily clashed over that if Inan hadn’t moved past his own so quickly. That conflict would’ve been really interesting! But we don’t get any of it. I think their relationship would have been more intriguing if we hadn’t had Inan’s perspective. I realize the storytelling purposes of it (getting to see why the antagonist thinks the way they do and to see Inan’s magic develop and cause him pain), but it doesn’t really work for their relationship. Again, that immediate flip in Inan’s beliefs is so unrealistic, even in the context of him understanding all of Zélie’s pain, that I can’t get over it. If we had only been seeing Zélie’s side of the relationship, we would have been questioning Inan’s loyalties, and that would have had me on the edge of my seat the whole time. It reminds me of Maven in the Red Queen series, who is one of my all-time favorite antagonists in YA lit. I think Children of Blood and Bone is overall far better than Red Queen, especially the first book, but Maven is a much more complex villain than Inan ever is. We question throughout the whole first book whether or not Maven is actually on Mare’s side. I can understand Adeyemi perhaps not wanting to mimic Aveyard’s antagonist, but it’s not like it’s a terribly uncommon trope and, as I said before, I think it would’ve made both Inan’s character and his relationship with Zélie all the more interesting.

Have you read Children of Blood and Bone? What did you think?

6 thoughts on “REVIEW: Children of Blood and Bone by Tomi Adeyemi”